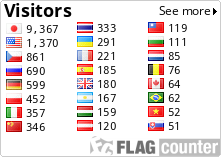 The following Web pages are wonderful sites about the genus Gymnocalycium.

About the chek list for genus Gymnocalycium, the excellent one is on the home page made by Mr.Ulrich Creutzburg (Germany).
For the convenient of the viewer, if you click here, you can go directly the check list in his home page.

updated
The genus Gymnocalycium has beautiful flowers and its figure shows a lot of variations. Many people in the world are fascinated by this genus.  Also in Japan, over 25 years ago, the boom for this genus was occurred.  At that time, many new species (plants collected in the wild or seeds) were imported in Japan. Unfortunately,many of these new species were reported and named by amateurs and collectors without precise scientific examination. Therefore many of these names are pointed out to be illegal from the viewpoint of classification recently.
The possibility that some species were introduced by the error name when they were imported couldn't be denied. In addition to these facts Japanese have a custom to give special Japanese name to each species. So many species are sold and known by two different names. This custom increased the complexity and confused the understanding for species in Japan. Recently, we can easily look the photographs of the genus Gymnocalycium in the foreign collector's and investigator's home page by the Internet. Then we will find that some differences between species with same name exist. Although, there could be some diversity between typical one and others and also plants grown from seed sometime shows wide diversity. I hope the understanding for the genus Gymnocalycium become same in Japan and in foreign countries. So I want to exchange the information about this genus. In my home page, I will show photographs of my collections,which are listed by the name when I got the species.
If you notice the mistakes or have some comments, please send your message to me by E-mail.(staka@hi-ho.ne.jp)